In its 6th year, the Padstow Christmas Festival has firmly stamped its mark on the foodie calender here in the South West. 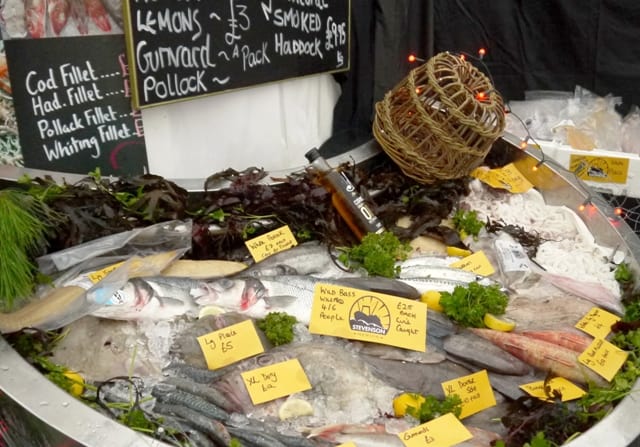 The chef to punter ratio of the town increases dramatically as chefs such as Nathan Outlaw, Michael Caines, Tom Kerridge and Nick Barclay (among many others) join Rick Stein to help promote, educate and enjoy all the wonderful foodie treats we have here on our doorstep in Cornwall. 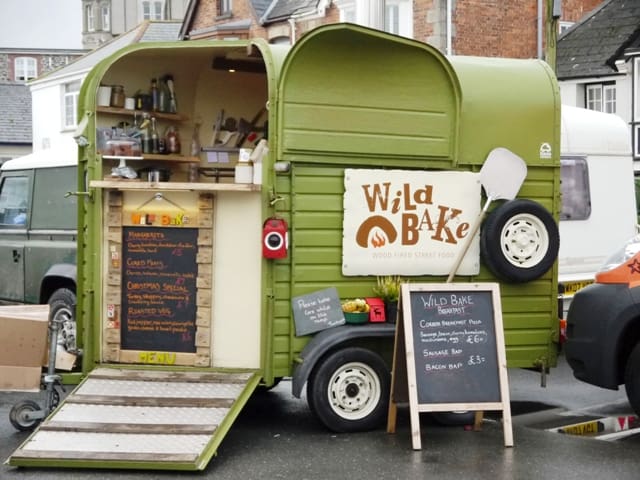 The freshest of seafood is found alongside wonderful cheeses, wines and ales, meat and charcuterie, and lots of yummy sweet treats. Our regular favourites at these shows include Wessex Pantry Pies (big thumbs up for their Beef & Guiness), Worthy Cheddar (a waxed truckle of their cheese makes a great gift) and I finally got to taste Mrs Middleton’s Rapeseed Oil which I have heard so many other foodies raving about. With a higher smoke point than other oils it’s perfect for cooking whilst being light and nutty and perfect for drizzling. 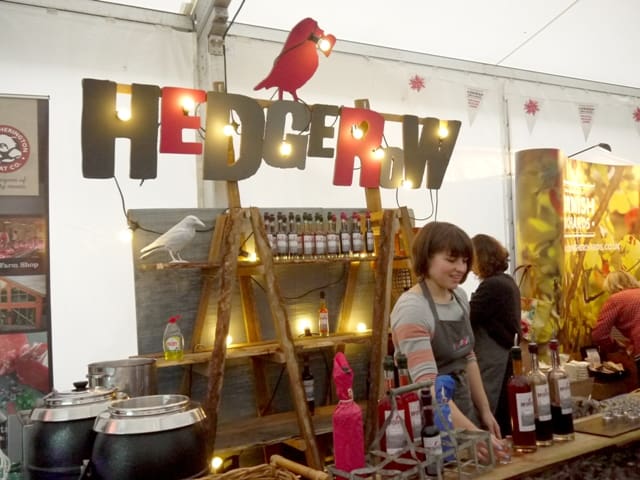 As Mum and I were lapping the marquee for the second time, just to make sure we hadn’t missed anything uber tasty, I caught sight of a familiar face on the chef demo stage. An old school friend Mark Puckey was up on stage cooking a Hot Smoked Salmon Kedgeree in front of a (drooling) audience.

I knew Mark worked for Rick Stein but what I didn’t know was that he was now Head Chef Lecturer at Rick’s Seafood School. 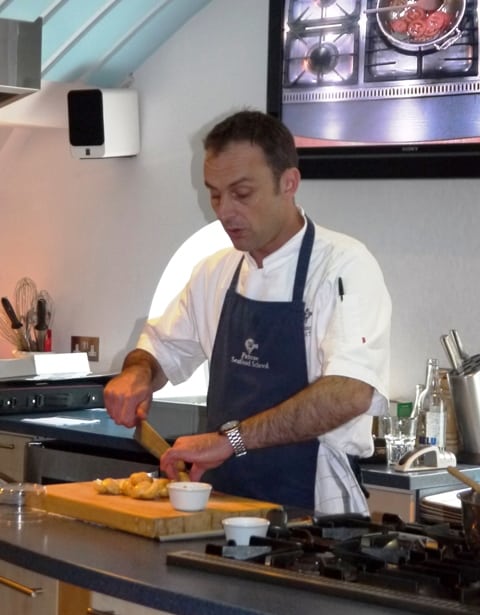 After his demo finished, we caught up and he invited Mum & I to have a tour of the school. Clearly, we weren’t going to pass up that invite! When we arrived at the school, he told us that 2 people had cancelled on the afternoon workshop & offered the spots to us.

Can you picture the size of the grin on my face?! I’ll give you a clue, it was HUGE :)

So we spent the next few hours supping wine, cleaning squid (MESSY job!) and cooking a Squid & Potato Stew. The layout of the school is brilliant, with 2 people working together at a mini kitchen workstation Mark would demo what we had to do at the front, then we’d scurry back to our workstations & replicate it. I’ve never worked with squid before, not being the greatest fan of it, so being shown how to prep and cook it properly was fantastic. 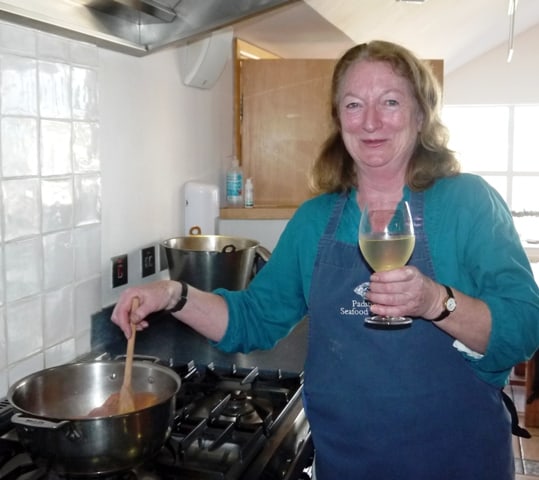 And, surprise surprise, it tasted great! No, better than great. There was zero chewing necessary, it just literally melted in the mouth. Even my Mum,who has spent the past 70 years detesting squid absolutely loved it!

And the nicest bit was after each couple had made their dish, we all sat along one big table and ate a lovely late lunch together. Happy, happy days. 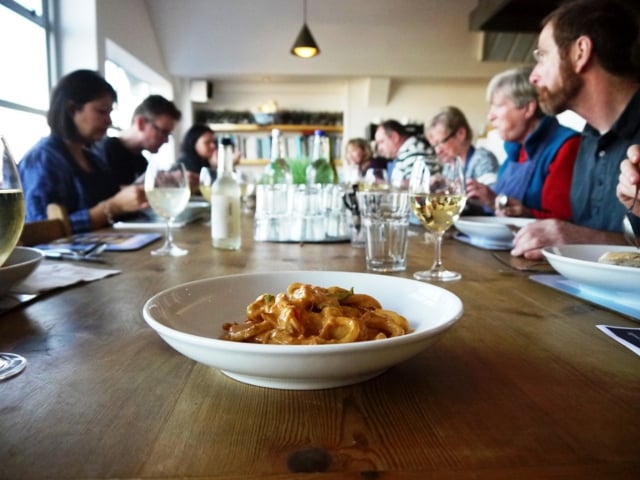 If you fancy learning some new kitchen skills, take a peep at their classes for 2014 and see if there’s anything to tempt you. I’m seriously considering the Indian Street Food,  the Classic Seafood Dishes and any of their new 3 hour Skill Workshops. I couldn’t think of a nicer location to squirrel away for a couple of days to recharge anyones love of good food.

The following recipe is reproduced from Rick Stein’s French Odyssey, courtesy of BBC Books Worldwide. Along with the ingredients listed below for the stew, you’ll also need to gather the ingredients to make the rouille (which can I just say is absolutely delicious). I found the same recipe that we were shown at the Seafood School here on Ricks Stein’s website.

Living the real-food dream on a Cornish smallholding.
Veggies from the allotment, eggs from the hens, wild food from the hedgerows & recipes from scratch.
Whether we're cooking over the campfire or hunting down artisan producers in the depths of Cornwall, I guarantee you a real foodie adventure!

Search for Recipe or Ingredient

More info about my FREE one pot noodle camping cookbook

This error message is only visible to WordPress admins

I share my home with Jonny and a little black rescue cat called Sassy. We breed Muscovy ducks for eggs and meat and have laying hens in the garden. And depending on the time of year, we’ll either have pigs in the field or bacon in the freezer. Read More…

More info about my FREE one pot noodle camping cookbook